An award-winning Anishnaabe Crown attorney who helped to co-found specialized courts in Toronto dealing with Indigenous people in trouble with the law died suddenly Sunday of complications from liver disease.

Fred Bartley, who would have turned 53 on Wednesday, was described by friends and family as “a big, loveable teddy bear of a man” whose contributions stretched far beyond the criminal justice system where he served for more than 20 years.

Bartley’s widow, Jana Bartley, said her husband, who suffered from progressive liver disease for 10 years, should have been given a transplant earlier in the summer of 2019. But the transplant process wasn’t started because he was deemed “too healthy” at the time for the procedure.

“He died of (internal bleeding) from that disease suddenly before it could be arranged for a transplant,” said Bartley, a nurse who now operates a private health-care consultancy practice.

“He was seeing a fantastic hepatologist downtown and we were just starting the process of transplantation.”

But Bartley suffered complications that required two stays at Scarborough Centenary Hospital in the last week of his life.

“The last two weeks we have been living day by day,” said his widow.

Bartley is described in the death notice on the York Funeral Centre website as “a proud member of the Serpent River First Nation,” an Anishnaabe community on the North Channel of Lake Huron,

He was “instrumental in providing insight and support to Indigenous initiatives, including the creation of Gladue Court at two downtown Toronto courthouses,” said a statement from the Ontario Crown Attorneys’ Association (OCAA).

The Gladue Courts and reports were created after the landmark 1999 Supreme Court of Canada case involving an Indigenous woman named Jamie Tanis Gladue, where the court acknowledged the drastic over-representation of Indigenous people in the justice system and the unique circumstances they have endured through cultural oppression, abuse suffered at residential schools and poverty.

The court also indicated sanctions other than incarceration should be pursued.

For his work, Bartley was given an eagle feather, which is regarded among many First Nations as the highest honour,” the statement added. 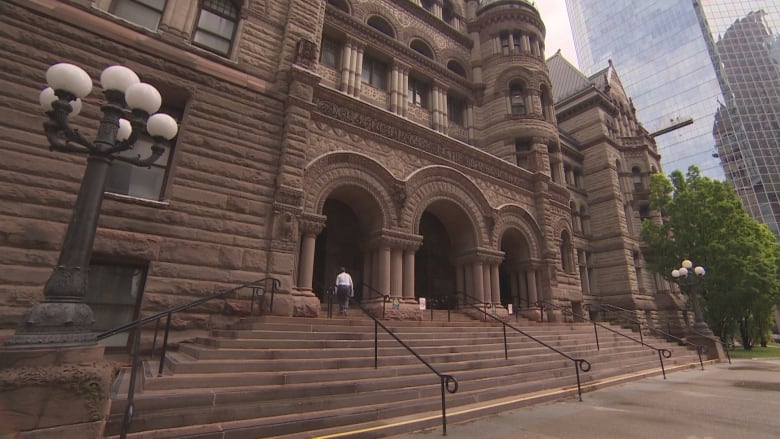 Fred Bartley worked as a Crown attorney at the Gladue Court at Old City Hall in Toronto. (CBC)

Due to COVID-19 restrictions, Jana Bartley wasn’t able to stay with her husband, except for one hour a week ago Wednesday when he was in the intensive care unit. She phoned repeatedly and discovered that her husband’s heart stopped twice Saturday. She rushed to be by his side for his final hours.

“I cannot express how difficult it is to be apart when your loved one is in that condition,” Bartley said.

“He got fantastic care. I cannot say enough about … the ICU people, the doctors and nurses. They did everything they could.”

A private service will be held at Taunton Funeral Centre on Sunday. Anyone interested in viewing online should find a link on the Mount Pleasant Group website.

Bartley’s eldest daughter said she told her father two days before his death that she would offer him part of her liver, which he accepted.

“I just never got the chance to,” said Rachel Bartley.

“He was an amazing man, an amazing husband and amazing father,” said his wife of 18 years, who met Bartley through a mutual friend in July of 2001. 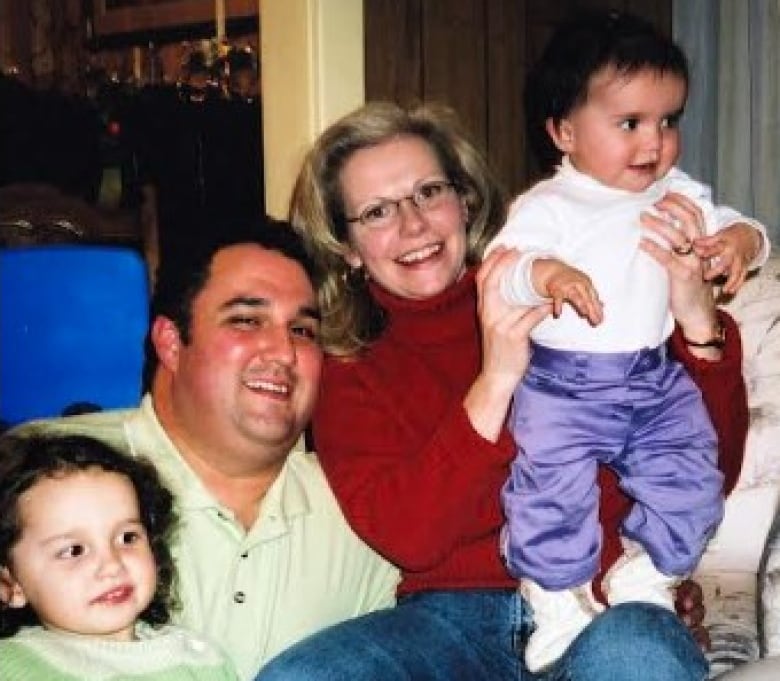 Fred Bartley is seen here with his family when his children were young. From left to right, Rachel Bartley, Fred Bartley, Jana Bartley, Ashley Bartley. (Submitted by Jana Bartley)

“He was a giant teddy bear. I spent a lot of time with him,” said Rachel Bartley, who will soon turn 18 and is studying nursing at Queen’s University.

“He loved hockey and I played hockey. He always happy, His smile was contagious. He always asked me how my day was and I’d always answer, ‘good,'”

“My dad was like my best friend,” said Ashley Bartley, 15. “He was always there for me. I sat there in the living room watching with him, as a Leaf fan, screaming at the TV. He’s a long -suffering Leafs fan.”

“He was a really good hockey player,” laughed his wife. “But he spent too much time in the penalty box.” 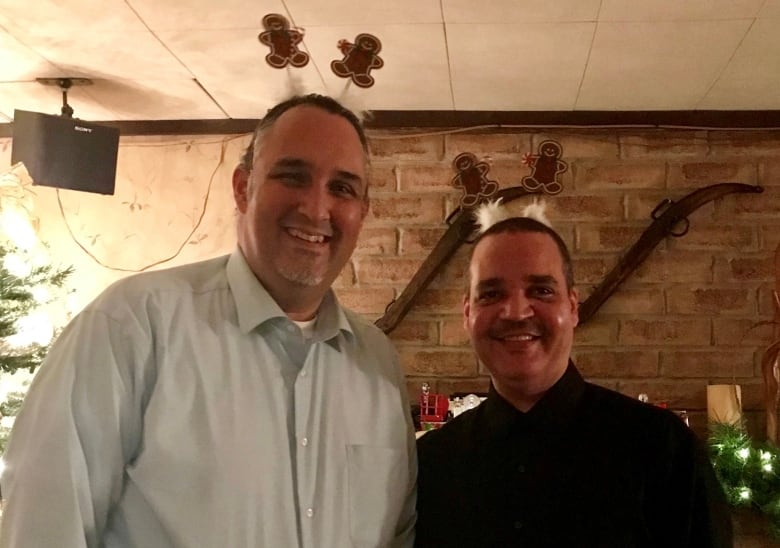 ‘Everybody loved him,’ judge says

Bartley gave generously of his time as a volunteer coaching soccer and hockey teams, mentoring Indigenous young people in high schools and universities and helping feed the homeless in the Out of the Cold program, said his long-time friend, Justice Patrice Band, who sits at the Old City Hall courthouse.

“He was always supportive.  Always helpful.  He loved a good laugh, even if it meant repeating a tired joke,” said Band. “He loved to be your friend, and he was terrifically good at it. ”

Band and Toronto Crown attorney David Mitchell were “baby Crowns” with Bartley when they joined the downtown office in 2000, said Band. “Everybody loved him.”

“I’m utterly devastated,” Mitchell said. “He disarmed you with his warmth and friendly personality. He was super encouraging to colleagues.

“He had an excellent sense of humour and every conversation with him ended in laughter. We were laughing even when he was in the ICU in the past week. He called me on a cell phone from the ICU and we still found things to laugh about.” 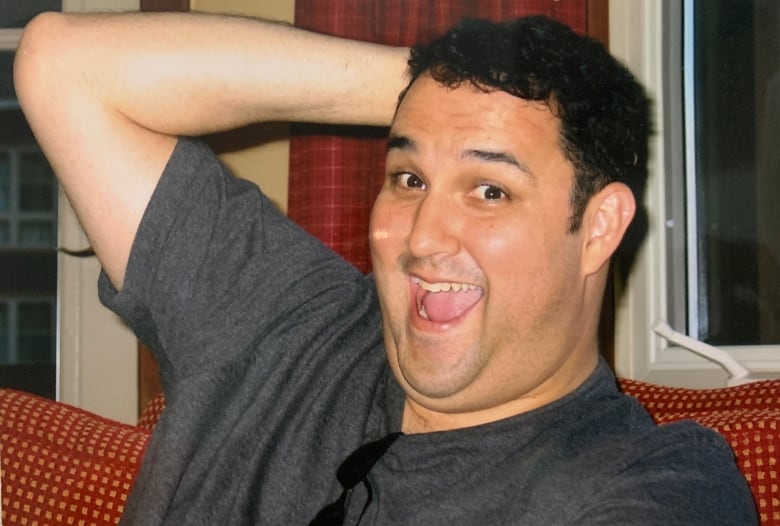 In this 2005 photo, a clean-shaven Fred Bartley flashes a smile and hams it up. (Submitted by David A. Mitchell)

“We played men’s league hockey on a terribly unsuccessful team at Moss Park and some pick-up hockey as well.  He stopped playing with us and chose to play closer to home” in an east Greater Toronto Area suburb, Band said.

“In that short time, he left a big impression on the other guys.  Even the refs! In all my years playing that kind of hockey, he was the first player whose name the refs learned right away: ‘Fred’ or ‘Big Fred,’ they would call him in response to some comment or other he had about a call. ”

“Everyone loved him. He had a knack for reaching out when his friends and colleagues were going through a rough patch,” said Band.

A ‘diligent and compassionate prosecutor’

“He was a diligent and compassionate prosecutor who was committed to the fair and just treatment of Indigenous person in conflict with the law,” said Greene, who has worked in the specialized court since 2014 and later took over the lead role.

“Fred worked tirelessly to help create policies and procedures for our Gladue court. Fred was a wonderful human being with a huge heart. He will be missed.” 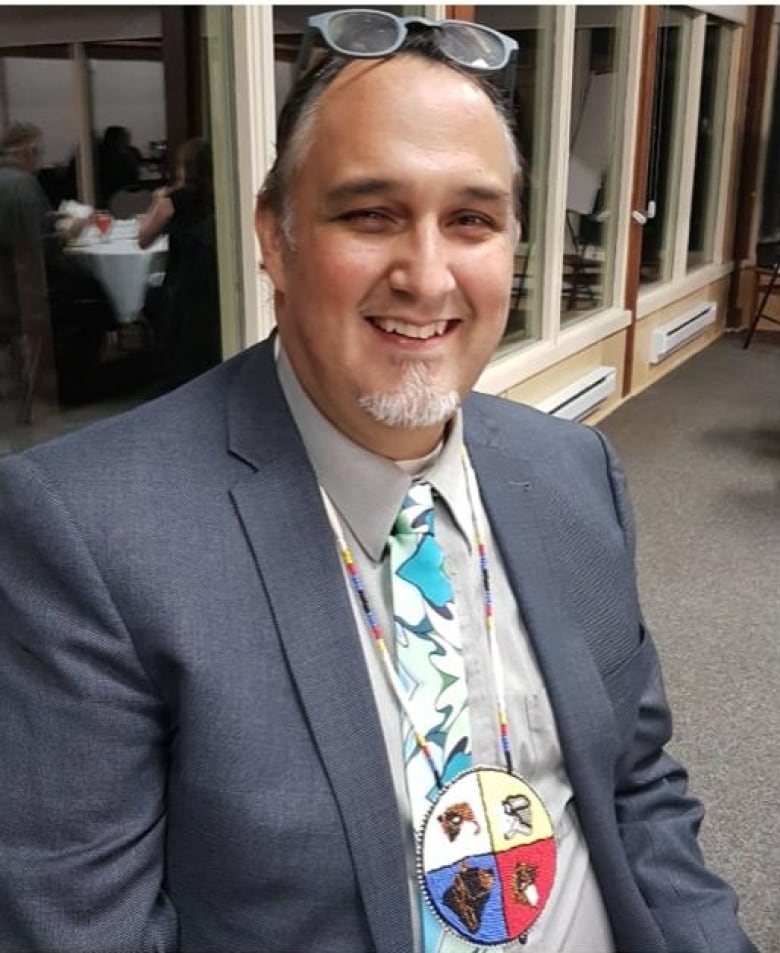 In this photo, Fred Bartley is wearing a gift of a medallion with his Indigenous clan (Bear) on Nov. 20, 2019, at an Indigenous Justice course that was held at the YMCA at Geneva Park Rama near Orillia, Ont. (Submitted by David A. Mitchell)

From the FBI’s Secret SCOTUS Files about Larry Flynt – Reason.com