Lawyers taking part in an inquiry investigating why former soldier Lionel Desmond killed his family and himself in 2017 say hearings won’t resume until next year, a delay they say is difficult to comprehend.

On Jan. 3, 2021, four years will have passed since the slayings in Upper Tracadie, N.S.

The lawyers say the original plan was to move the hearings from Guysborough, N.S., to a larger venue in nearby Port Hawkesbury in September — to accommodate physical distancing protocols — but unforeseen circumstances forced a further delay until Nov. 16.

Tara Miller, who represents one of Desmond’s sisters, says she was told this week the inquiry now won’t resume until early 2021 because the provincial Justice Department has yet to approve the move.

“I don’t understand why it’s taken this long for the government . . . to give approval,” Miller said in an interview Wednesday. “My client and I are very disappointed.”

Miller said the commissioner leading the inquiry, provincial court Judge Warren Zimmer, had indicated as early as July the hearings should be moved to Port Hawkesbury.

“What I understand is that the barrier has nothing to do with Judge Zimmer,” she said.

Framed photos of Shanna and 10-year-old Aaliyah Desmond are displayed in the Borden family home, where they were killed on Jan. 3, 2017. (Eric Woolliscroft/CBC)

Lawyer Adam Rodgers, who represents another one of Desmond’s sisters, said he, too, believes the Justice Department is to blame for the latest delay.

“Much has been learned already, and having read some of the reports of witnesses to come, I can say with confidence that the public, and particularly military personnel and their families, will be interested in what is going to emerge,” he said in an email.

Rodgers suggested the latest delay raises questions about the inquiry’s ability to do its job because Zimmer is being subjected to “unreasonable restraints” by the justice minister.

A Justice Department spokesperson did not directly address the allegation that the minister was responsible for the delay but said in a statement the department is working with the commission to find “alternative arrangements” so the hearings can continue in compliance with public health requirements.

Nova Scotia Justice Minister Mark Furey said on Oct. 1 it was up to Zimmer to decide when the inquiry would resume.

Miller said that with the passage of so much time, the memories of key witnesses are starting fade and other troubled veterans have been left to wait for findings and recommendations that could help them avoid a fate similar to Desmond’s.

She said it’s possible the government has been preoccupied with setting up the federal-provincial inquiry that will investigate the April mass shooting that claimed the lives of 22 people. 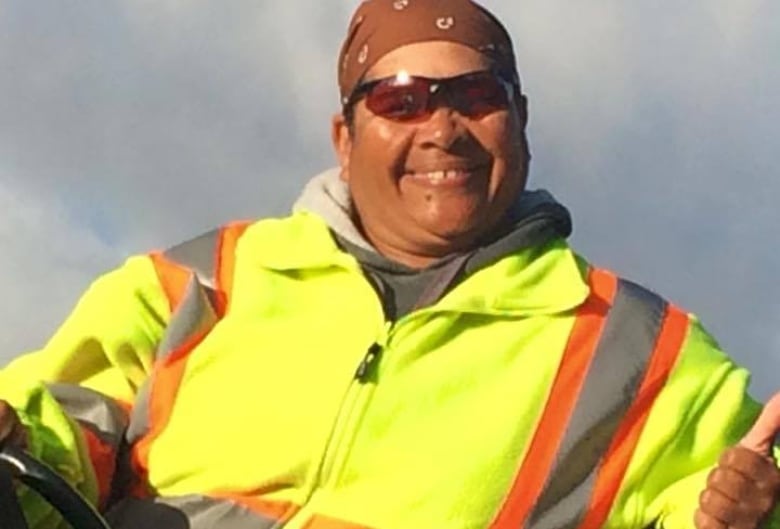 Lionel Desmond’s mother, Brenda, worked in the construction industry. She was among the four found dead at the Desmond home in Upper Big Tracadie, N.S. (Facebook)

However, Miller said the deadline for that public inquiry’s final report has already been set at May 2022, only two years after the killings. By the time the Desmond inquiry wraps up, it could be five years after the crimes, she said.

“For these families — the Desmonds and the families that will be served by the recommendations that come out this inquiry — the longer this goes on, the more problematic it becomes, ” Miller said.

The provincial fatality inquiry was first announced in December 2017 after Desmond’s twin sisters raised questions about his inability to get adequate treatment for post-traumatic stress disorder after he was released from the military in 2015.

The inquiry started hearings in January of this year, three years after the veteran of the war in Afghanistan used a semi-automatic rifle to fatally shoot his 31-year-old wife Shanna, their 10-year-old daughter Aaliyah and his mother Brenda Desmond, 52.

The proceedings were suspended in March and were supposed to resume in May, but that plan was shelved as the COVID-19 pandemic took hold.

The inquiry had reached a pivotal point because there were indications federal officials involved in Desmond’s case were about to testify. Though the inquiry is provincial in scope, the federal Veterans Affairs Department is taking part in the hearings.