ALBANY — The attorneys for a woman who was terminated from her position at the Division of Criminal Justice Services for her testimony in a sexual harassment investigation told a federal magistrate last week they are “suspicious” that the decision to fire her may have been made or authorized by someone in the governor’s office.

The disclosure was made during a pre-trial discovery conference in a federal lawsuit filed in 2018 by Gina L. Bianchi, a DCJS attorney who was terminated from her position and told that it was due to her testimony in the sexual harassment investigation involving other female employees. Her lawsuit, filed  in 2018, accuses the agency’s leader, acting Commissioner Michael C. Green, of covering up the allegations against a former forensics director, Brian J. Gestring.

John W. Bailey, an attorney for Bianchi, told U.S. Magistrate Daniel J. Stewart that Bianchi’s legal team have been unable to get Green to admit whether he alone made the decision alone to fire Bianchi after interrogating her about her testimony in a state inspector general’s investigation.

“There’s still the possibility, judge, of naming a ‘John Doe’ here. We are suspicious that someone else, above Mr. Green, made this decision and we have good reason to be suspicious of that,” Bailey said during the conference, without elaborating. “We may end up asking to name, I won’t name names, but somebody in the governor’s office as a defendant in this lawsuit.”

The disclosure came as the state recently agreed to settle another federal lawsuit filed by a DCJS manager, Kimberly Schiavone, who accused officials of punishing her and ignoring sexual harassment complaints lodged against Gestring — after an inspector general’s investigation had sustained the harassment allegations.

Scott P. Quesnel, an attorney hired by the state to represent Green in the cases, told Stewart that part of the reason Green had declined to answer questions about the decision to terminate Bianchi had to do with executive privilege and attorney-client privacy.

“The tripping up point here is they ask for the conversations or the contents of communications about that decision,” Quesnel told the judge. … Everybody involved in here is a lawyer and some of those communications involved communications between Mr. Green and … DCJS counsel. The hang up has been the issue of privilege.”

Spencer Freedman, the executive deputy inspector general who was involved in the DCJS investigation, had also invoked executive privilege and declined to answer questions about his interactions with the governor’s office on the case, according to Bailey.

However, Quesnel told the judge that moving forward no one in the governor’s office or administration will invoke that privilege as the case moves toward trial.

Settlement negotiations in Bianchi’s case fell apart in May.

“This case, we need to bring to a close,” Stewart told attorneys in the case last week. “Its getting old.”

After she was terminated, Bianchi, who had been in a senior-level position, was able to fall back into a junior-level position at DCJS because of Civil Service rules, but she suffered a $44,000-a-year pay cut and lost her senior status.

“This horrible, life-changing incident destroyed my career, and I have suffered a stigma that I am not sure can ever be rectified,” Bianchi wrote in testimony submitted in February 2019 to a legislative panel examining sexual harassment in the workplace — including misconduct that occurs in state government offices. No lawmakers took action to investigate Bianchi’s case following that hearing.

Schiavone is a former forensic services manager who was transferred from her position against her wishes in 2017.

Gov. Andrew M. Cuomo has declined to comment on the case. The last time the Times Union asked him about it, he said he did not know enough of the details to comment.

Richard Azzopardi, a spokesman for Cuomo, on Sunday said the assertion that someone in the governor’s office authorized Bianchi’s termination is “completely false.”

In August 2018, the Times Union reported that Alphonso David, the governor’s former chief counsel, met privately with state Inspector General Catherine Leahy Scott and two top officials for DCJS in December 2017, a week after Bianchi was terminated for her testimony in the sexual harassment investigation.

The disclosure of the meeting confirmed that the governor’s office, if it had not been made aware of it ahead of time, had been quickly made aware of Green’s decision to fire Bianchi but did not directly intervene. Instead, a spokesman for Cuomo had said, their office referred the matter to the Governor’s Office of Employee Relations, which took no action to undo Bianchi’s termination. 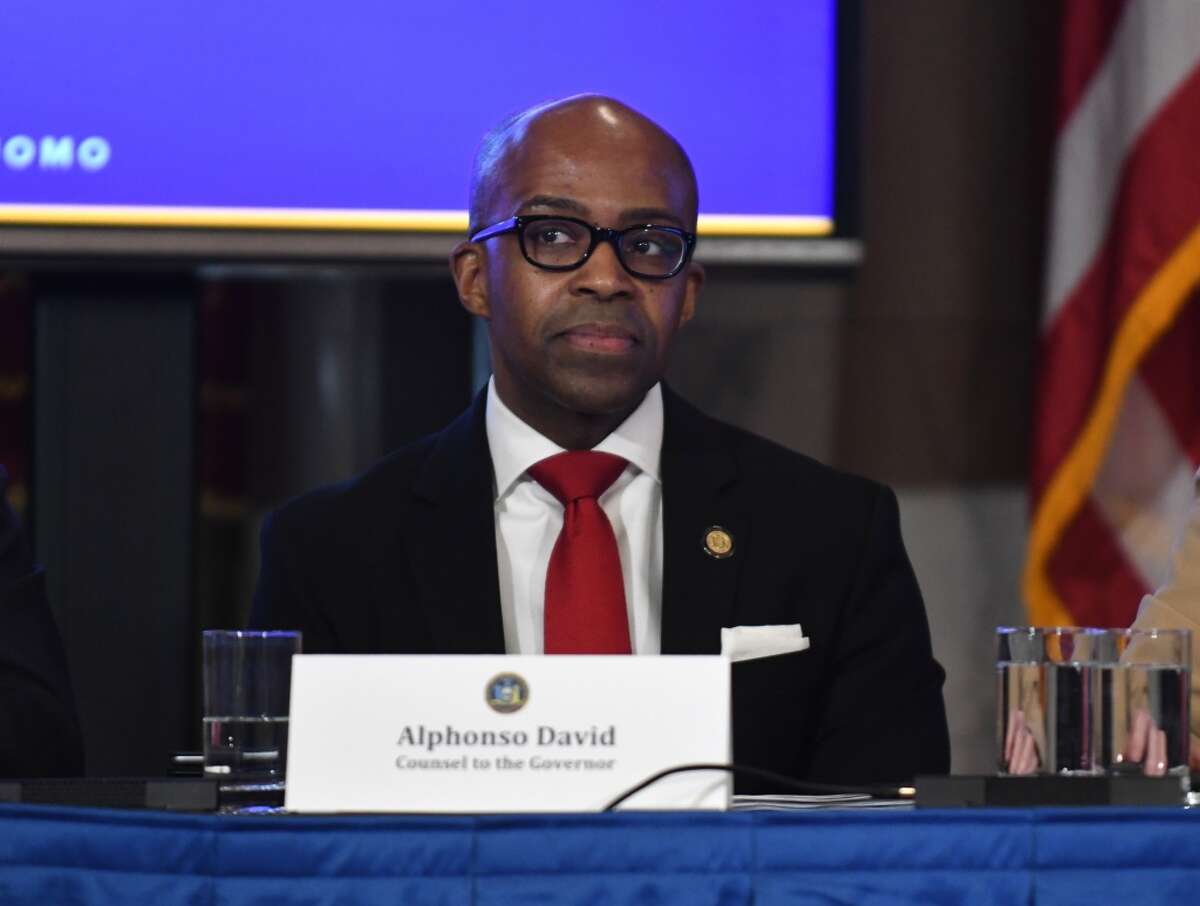 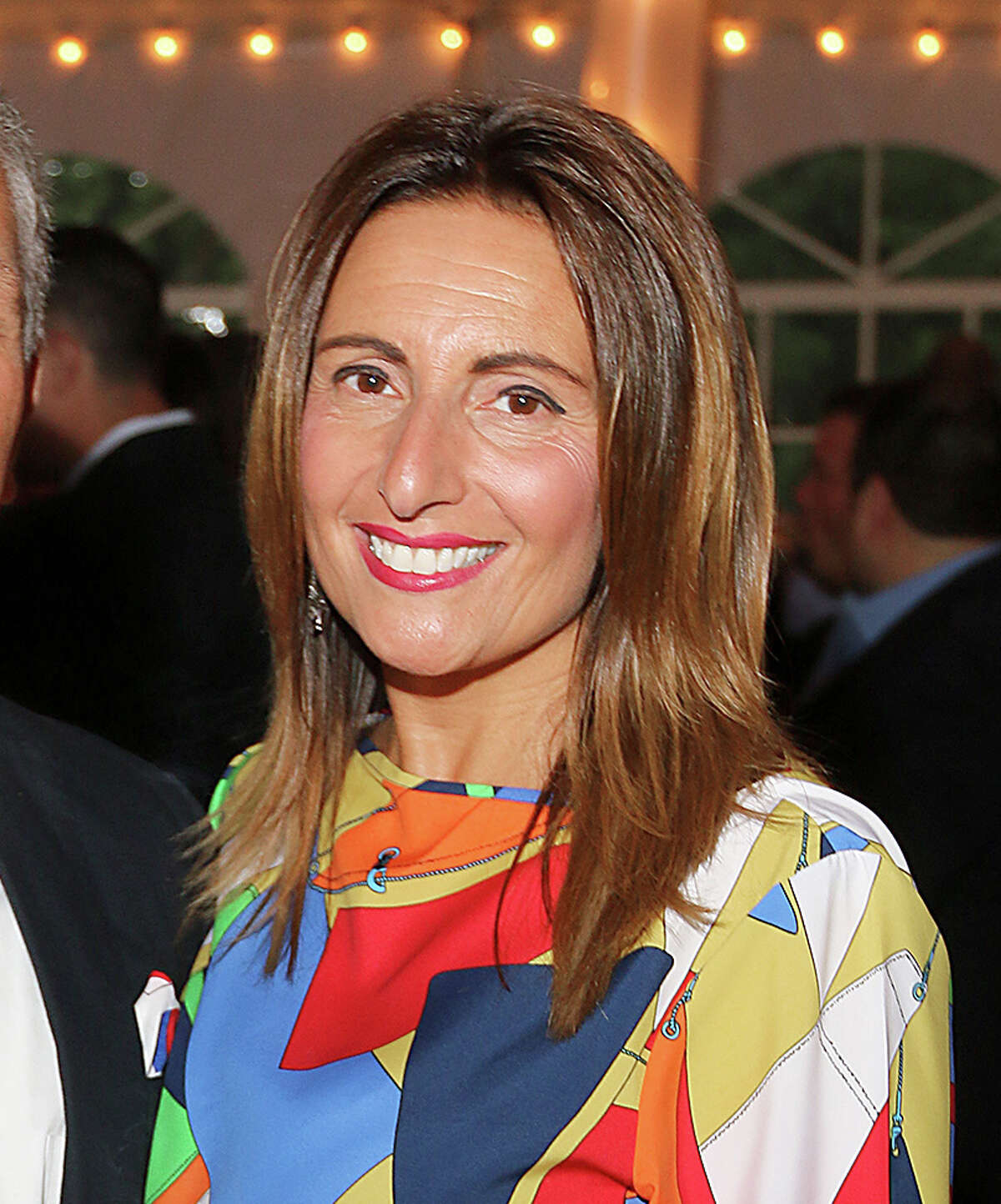 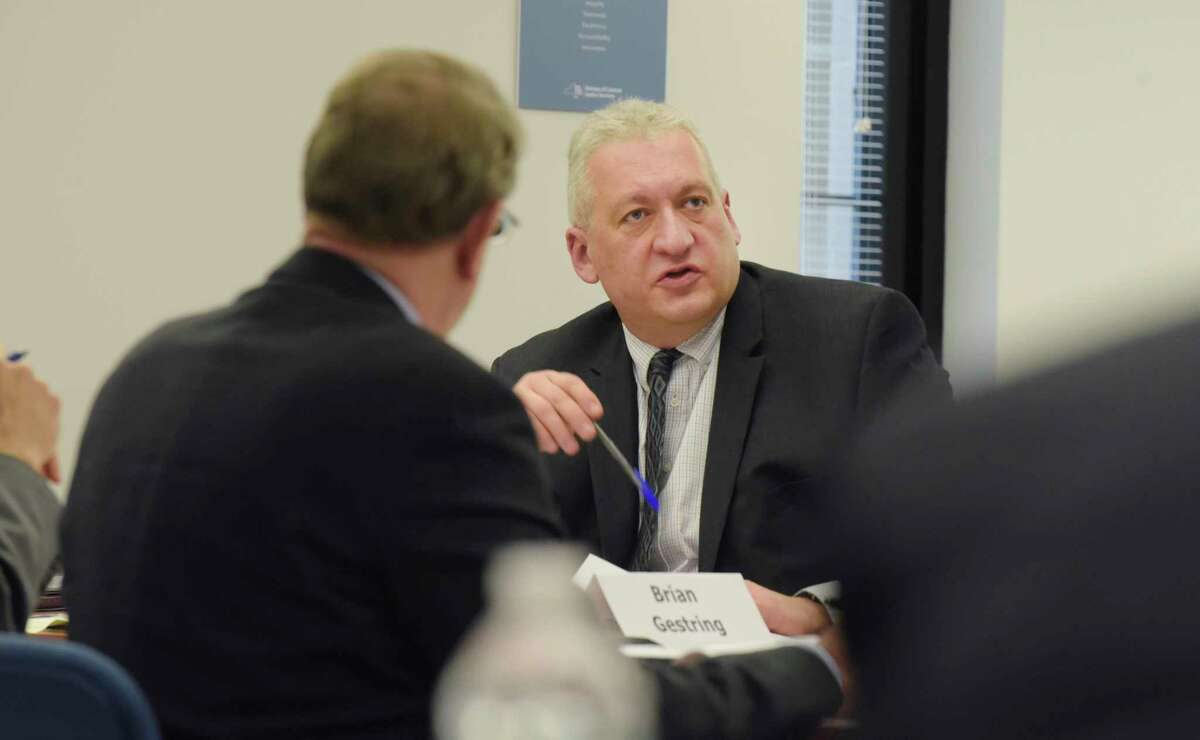 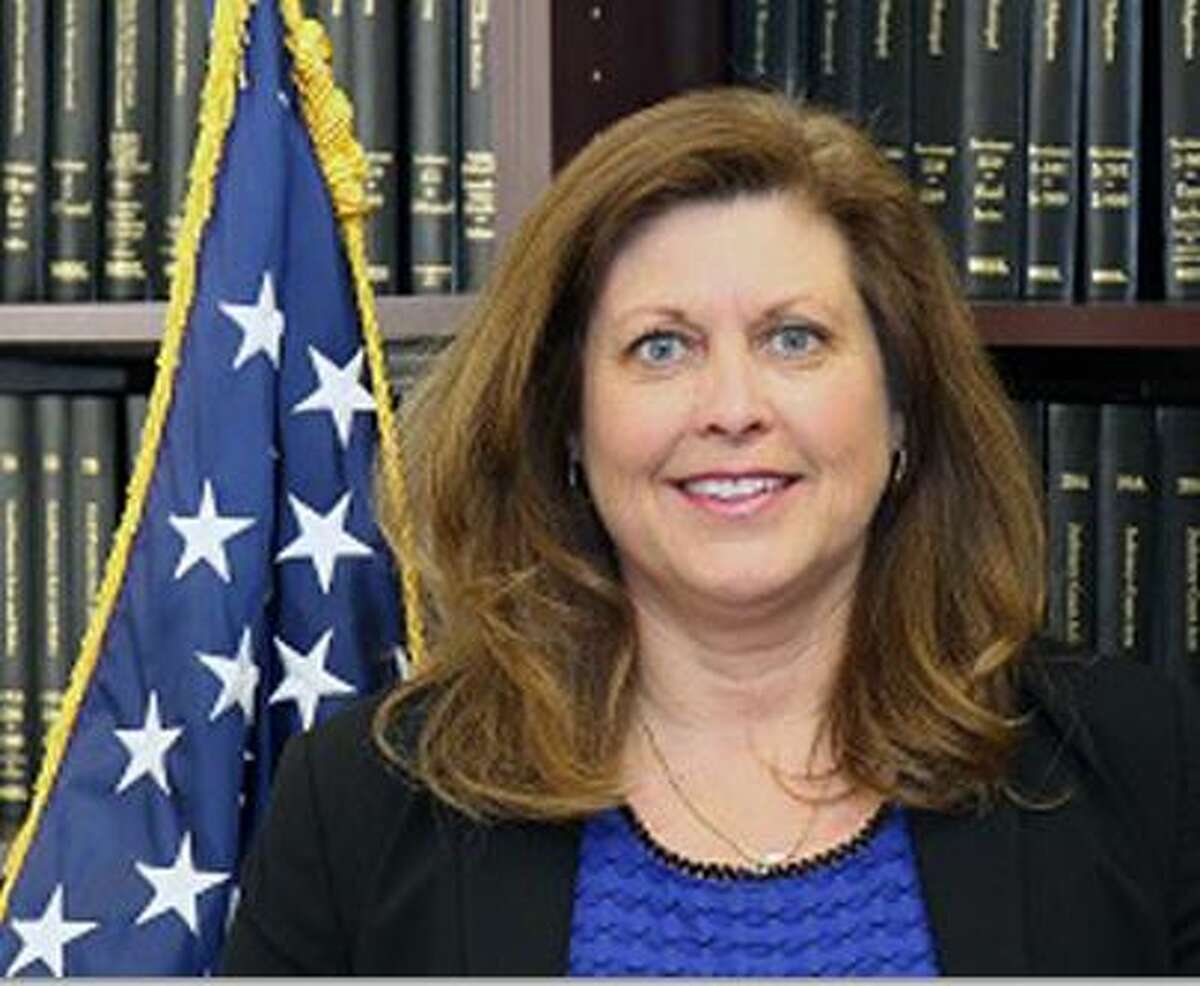 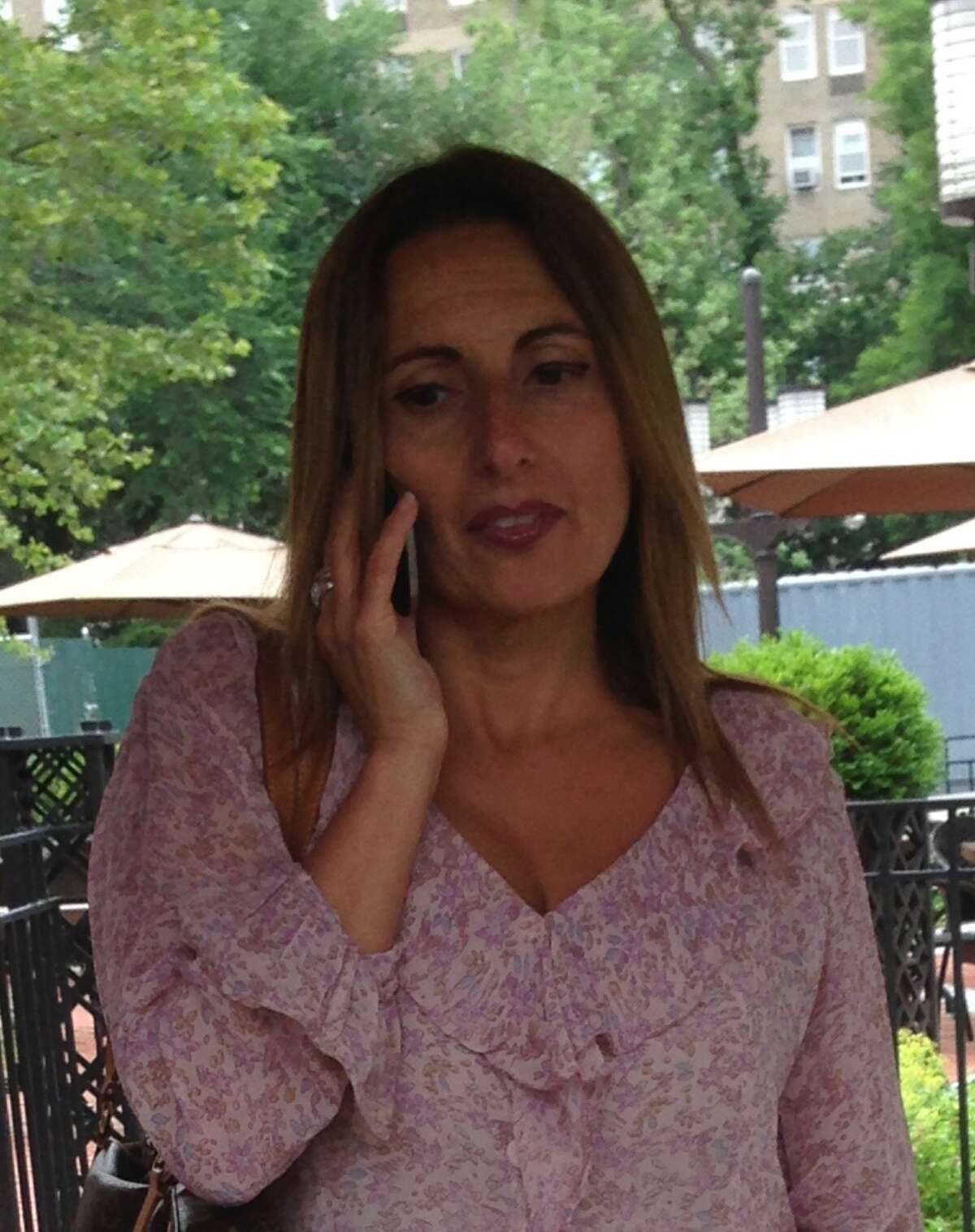 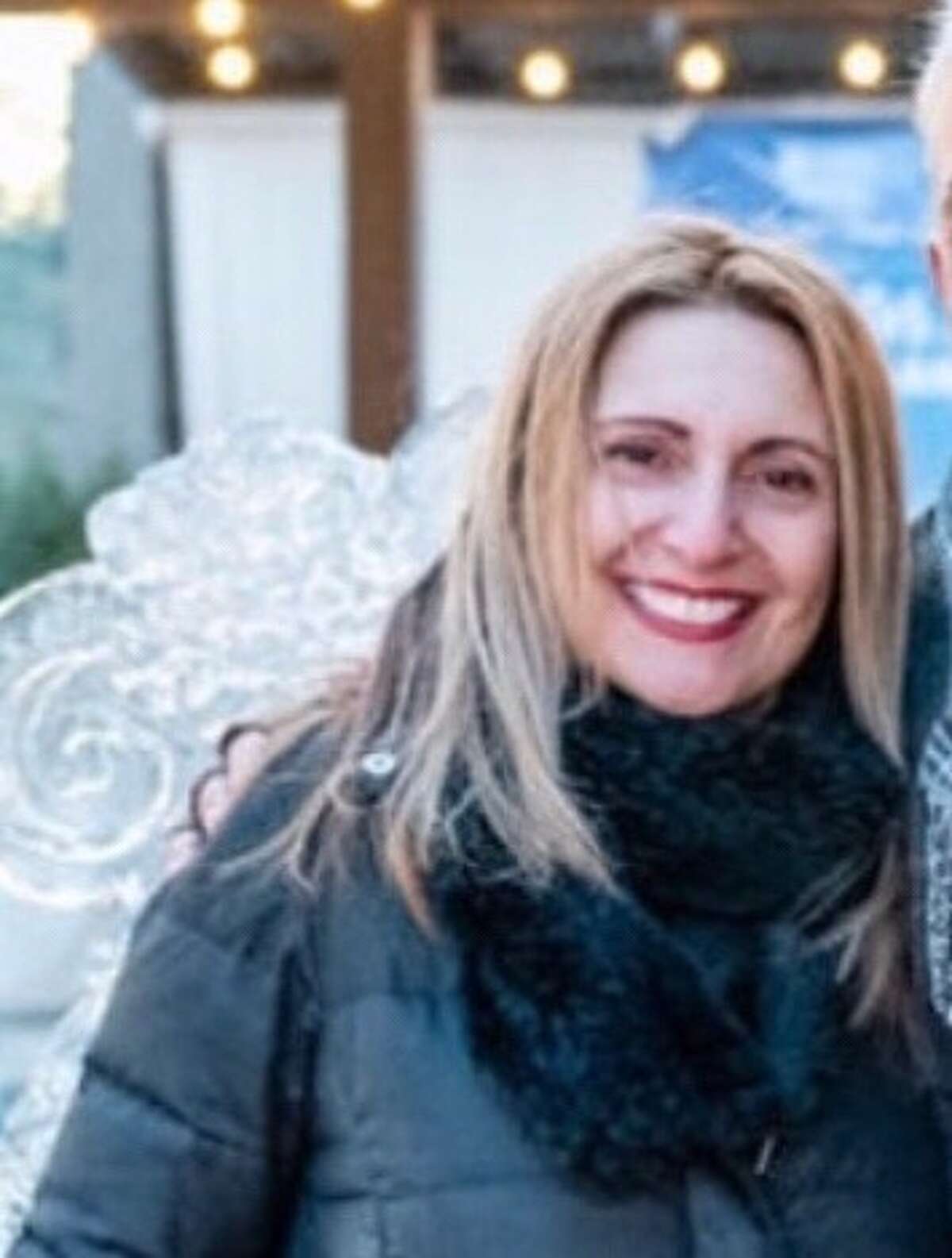 The cases of Bianchi and Schiavone underscore what their attorneys and public records indicate has been a pattern in state agencies of punishing accusers while high-ranking male employees accused of sexual harassment or other workplace misconduct have received private counseling memos or job transfers, but no formal discipline.

Schiavone has worked for the state since 1996 and at DCJS since 2005. Her complaint alleges she was sexually harassed and bullied for years by Gestring before the agency transferred her to the new job against her wishes and moved her into an office that was formerly a storage closet.

Gestring and DCJS, in court filings, have denied the allegations. Gestring was fired from his job in March 2018 for what the agency claimed was an unrelated workplace misconduct complaint that took place more than a year earlier. His abrupt termination came after a series of Times Union stories highlighting the alleged coverup of the workplace misconduct investigations.

For sexual harassment witness, the fallout has been ‘devastating’ 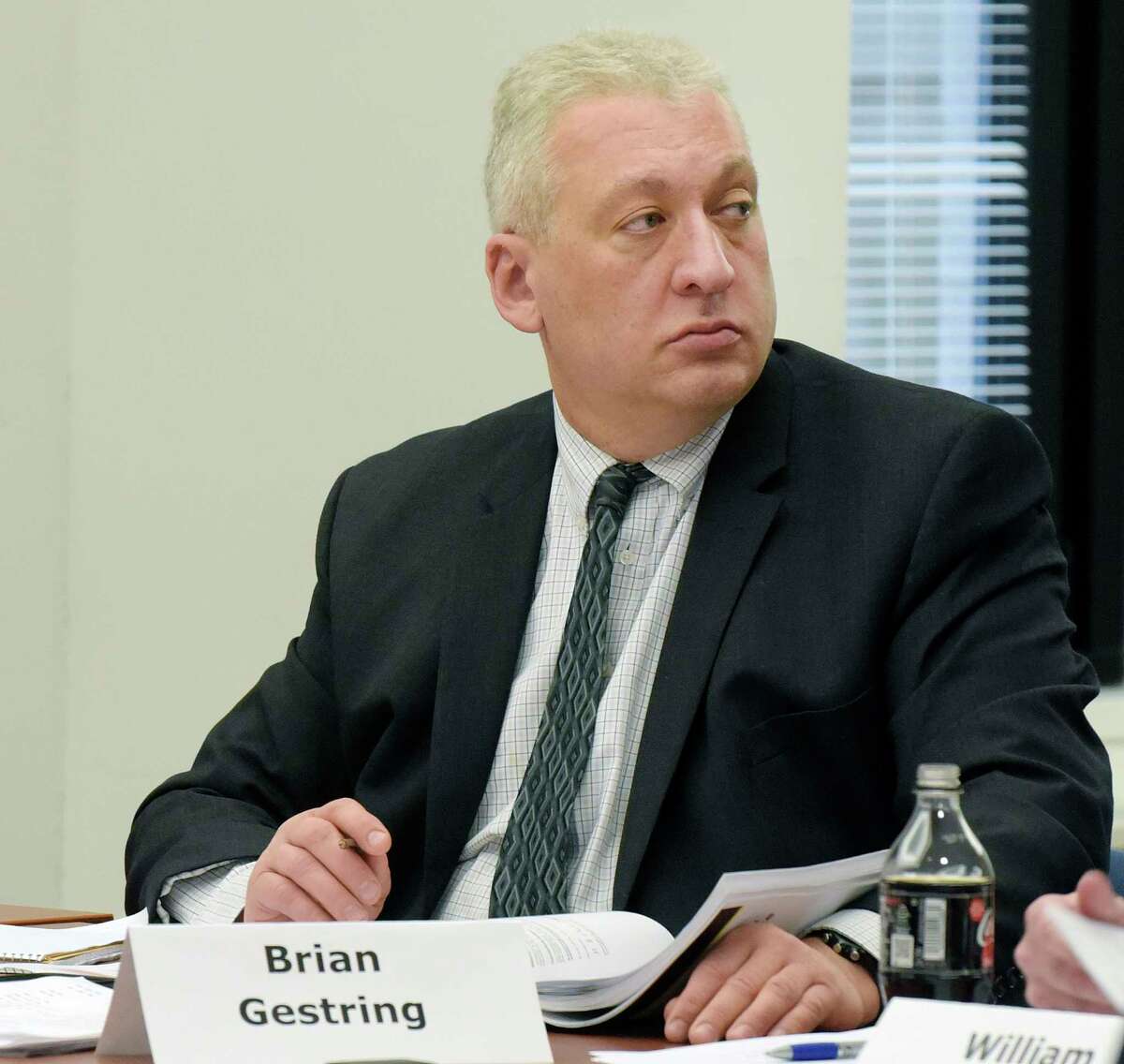 The women’s cases received attention because the office of Leahy Scott — who left the inspector general’s post in early 2019 — turned over Bianchi’s confidential testimony in the Gestring investigation to DCJS, which used it to interrogate Bianchi before she was fired from her senior-level position. Bianchi was able to fall back to a junior-level attorney position with the agency, but suffered a $44,000-a-year pay cut.

The agency never interviewed Schiavone about the complaint, her attorney said.

In a prior statement, DCJS said its decision in December 2017 to terminate Bianchi and transfer Schiavone were “appropriate actions … to maintain the appropriate work environment at DCJS.”

An acting state Supreme Court justice in Albany previously dismissed a petition by Gestring in which he sought a name-clearing hearing with DCJS. Gestring, a former New York Police Department scientist who was appointed director of DCJS’s Office of Forensic Science in 2012, had denied that he had harassed anyone and noted that DCJS conducted an independent investigation — after receiving the inspector general’s findings — that had cleared him of wrongdoing.

Gestring described Schiavone as a “constant complainer” and alleged her job performance was problematic.