Lawyers for the Newfoundland and Labrador government ratcheted the rhetoric up to a revolutionary level in the legal challenge over the province’s COVID-19 travel restrictions, submitting a factum with a famous quote in its opening line.

“In 1775, the American revolutionary Patrick Henry declared ‘Give me liberty, or give me death.’ In this case, if the Applicants’ remedy is granted, it will result in both,” reads the factum, submitted July 13 for a hearing that began Tuesday at Supreme Court in St. John’s.

Lawyers for the province are arguing the stakes are too high to overturn the travel ban on outsiders entering Newfoundland and Labrador. They are also opposing a legal advocacy group, the Canadian Civil Liberties Association, which is trying to enter the fray and bring its own arguments against the ban.

The CCLA, represented by local lawyer Rosellen Sullivan, is seeking legal standing in the courtroom this week as Halifax resident Kim Taylor puts forward her opposition.

Kim Taylor, a Nova Scotia woman, is at the heart of the court challenge. She was denied an exemption to enter the province after her mother died. (CBC)

Taylor, born in Newfoundland and Labrador, was denied entry to the province in May after her mother died unexpectedly.

Taylor is not represented by the CCLA, but Sullivan said the group is trying to join the challenge and broaden the fight beyond the scope of one scorned traveller.

If the CCLA is not granted standing, it cannot bring forward its arguments — which would include a debate on whether police should be allowed to remove someone from the province if they are believed to be there without permission.

“It’s unconstitutional because there is no judicial oversight,” Sullivan said. “I think it engages all of those charter rights. Search and seizure, detention, all of them.”

Newfoundland and Labrador enacted special measures under the Public Health Protection and Promotion Act at the onset of the pandemic, which gives Chief Medical Officer of Health Dr. Janice Fitzgerald final say on a number of issues in the province. It also gave police increased powers for search, seizure, detention and denying people entry to the province. 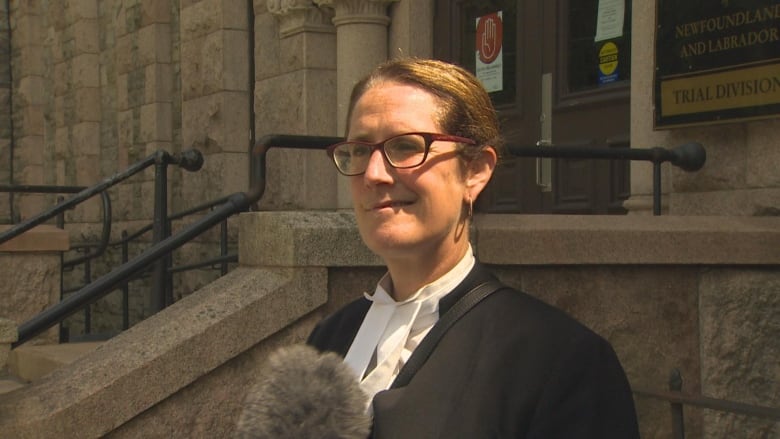 Until the Atlantic bubble opened, no travellers were allowed into the province without exemptions. Lawyers for Taylor and the CCLA have argued that the exemptions were without merit or basis in law, and that the travel ban violated Section 6 of the Canadian Charter of Rights and Freedoms, which allows Canadians to move freely within the country.

The province’s lawyers are taking a hard stance against the possibility of declaring the special measures unconstitutional.

“The province submits that the COVID-19 pandemic is a rapidly evolving and fluid public health situation. If (the special measures orders) were to be immediately struck down, the safety of the residents of the province could be affected,” the factum reads.

A Supreme Court justice will now have to rule on whether or not the CCLA has standing. Court proceedings are scheduled to run through to Friday.

While Taylor’s case was later reconsidered and she was granted an exemption by provincial officials, she said the decision came too late.

The case is not seeking monetary damages, but a declaration that the measures are unconstitutional, Sullivan said.

Taylor said the court challenge is about other people avoiding the same experience.

Another developing case, meanwhile, is seeking damage awards related to the travel ban.

A proposed class-action lawsuit filed in June on behalf of non-residents who own property in the province challenged the ban, arguing it is contrary to guaranteed charter mobility rights.

It also argues that the government was negligent when introducing the ban because it ought to have known the law was unconstitutional and would cause damages to people in the suit.

The morning read for Wednesday, May 12