Since the start of the COVID-19 pandemic, family courts in Ontario have been operating on an emergency-only basis.

The majority of cases that were scheduled to be heard as far back as March we’re put on hold.

“We’ve got a four or five month backlog, so the cases that were scheduled in March are now getting scheduled for October and November,” said Russell Alexander, a family lawyer in Toronto.

He says anyone looking to file a new case should expect to wait “well into the new year” before it gets in front of a judge.

Wait times could get even worse before things start to level off again.

Family lawyer Ron Shulman said as soon as the courts started opening up, he saw a huge uptick in new clients wanting to file for divorce.

“As of right now I would say we’re at about 40 per cent higher than we were before (COVID-19), which is a significant increase,” Shulman explained.

The pandemic has taken a toll on a number of marriages.

“There’s huge stress, and stress is never good for any relationship,” said Tammy Laber, a registered psychotherapist who specializes in couples counselling.

Lawyer Ron Shulman says he’s seen a considerable increase in the number of couples interested in filing for divorce in Toronto. (Joe Fiorino/CBC)

There is a long list of issues for married couples that were brought on or exacerbated by the pandemic. In some cases they were forced to work from home, others lost their jobs all together. With daycares and schools closed there was added burden for parents who suddenly had their kids home all day, every day, she said.

With much of the world shut down by the pandemic, the worst part for some couples was isolation.

“The time you are spending together, if you’re feeling anxious or you’re depressed, maybe you’re fighting more, Laber said.

“And then there’s no escape from the fighting, there’s no fun thing to do together that would help break the tension.”

Spending so much time together made some people rethink their relationships altogether, she added.

“They have tons of time on their hands and in some cases that means they’re going to overthink. One or both of them is going to think, is this really the person I want to spend the rest of my life with?” 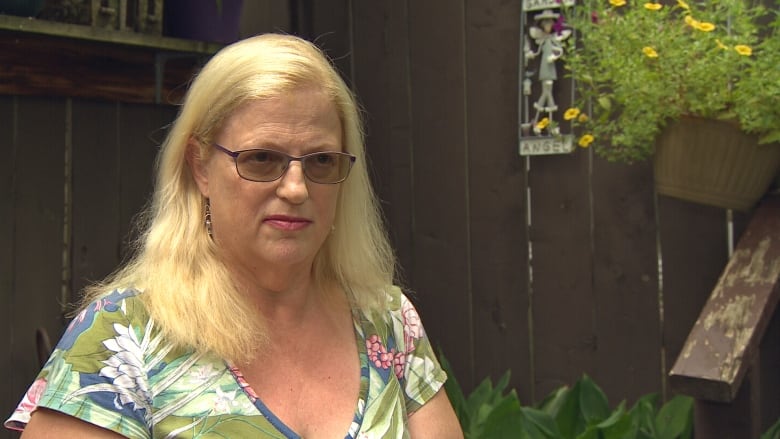 Tammy Laber, a registered psychotherapist who specializes in couples counselling, says that COVID-19 lockdown measures have forced some couples to confront underlying issues in their relationships. (Joe Fiorino/CBC)

Now that courts are resuming hearings, they’ll have plenty of extra time to mull it over.

If there is one silver lining in all of this, Alexander said, it’s the fact that this has forced Ontario’s outdated court system to modernize. Since reopening, many courts are starting to go paperless and are now accepting documents electronically.

That’s just the beginning of a series of reforms that are likely coming.

“We’re going to be able to view hearings via Skype, we can do it via telephone, you can social distance and still be safe,” Alexander said.

Many courts are considering making some of these changes permanent, according to Alexander.

“Once this pandemic is over, and we have a vaccine, I think a lot of these tools and technologies will continue to be used, and the court system is going to be more efficient as a result.”