A police officer’s reminder of a shortage of senior officers to take command at Hillsborough was removed from his statement after a lawyer suggested they review them, a court heard.

Former Chief Superintendent Donald Denton, 83, Alan Foster, 74, a retired detective chief inspector, and Peter Metcalf, 71, a former attorney, are accused of altering police statements to blame the police of South Yorkshire after the FA Cup disaster to minimize semifinals on April 15, 1989 in which 96 Liverpool fans died.

On Wednesday, the Nightingale Court at the Lowry Theater in Salford was shown the original statement by Pc Philip Hooson, which stated, “At no point can I recall any senior official taking command of the situation or arranging anything .

“In fact, I know this certainly didn’t happen where I was, regardless of what is said now.”

The court heard that Metcalf, ordered by Municipal Mutual Insurance to act on behalf of the force in the aftermath of the tragedy, advised Mr. Hooson to “possibly review” the comments.

The jury said the comments did not appear in later versions of Mr. Hooson’s statement.

Officials from the Independent Office for Police Conduct (IOPC), which examined the South Yorkshire Police’s response to the disaster, have so far walked the judges through more than 30 examples of statements that have been reviewed and frequently changed.

After review, the statements were sent to the West Midlands Police investigating the tragedy and used in the public inquiry into the safety of sports fields under the direction of Lord Justice Taylor.

The court was also shown the testimony of PC Robert House, who described seeing “very few police officers” in an area outside the stadium. 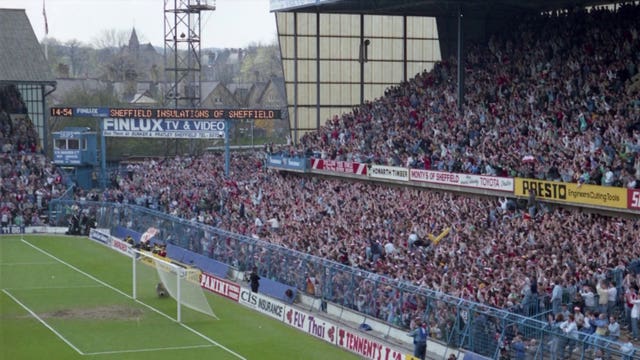 The court heard that Foster had asked a detective inspector to visit Mr House to review the paragraph or “remove it entirely” after a handwritten note from another officer indicated that he was “making an assumption that we can do without.” can”.

Andrew Smith, IOPC agent, confirmed to the court that Foster had received a message informing him that Mr House refused to change or delete the comments.

In Foster’s response, which was presented to the court, after reading the statement again, he said he did not consider the comment “particularly important”.

He added, “I don’t think the comment he makes is critical enough to pursue this further.”

Denton of Bents Drive, Sheffield, Foster of Rossett Avenue, Harrogate and Metcalf of Cragg Drive in Ilkley each deny two cases of acts that tend to distort the course of justice.