Based on analysis of the data on October 19, 45 per cent of the room rental property listings in the Klang Valley already outrightly rejected Indian tenants. — Picture by Yusof Mat Isa

KUALA LUMPUR, Dec 23 — Malaysia has no law that specifically addresses racial discrimination between individuals, a lawyer said in a forum on the issue of ethnic Indians being rejected by potential landlords in the country.

Lawyer Syahredzan Johan said that the Federal Constitution’s Article 8(2) that prohibits racial discrimination, among others, has been decided by the Malaysian courts to only apply to situations involving the government and an individual, instead of between two private citizens.

“Article 8(2) has been decided by our courts to only apply vertically, meaning it doesn’t apply horizontally between citizens. Meaning if there’s discrimination by the state against you, then you can take action because your right has been violated.

“However, if there’s discrimination between citizens or the private sector, then Article 8(2) according to court decision would not apply,” he said in an online forum last night.

Under Article 8 that covers the guarantee of equality, Article 8(2) among other things provides that there shall be no discrimination against Malaysians only for reasons such as religion or race in any law or in various matters such as job appointments under a public authority or the administration of laws on buying, holding or selling of properties — unless expressly authorised by the Federal Constitution. 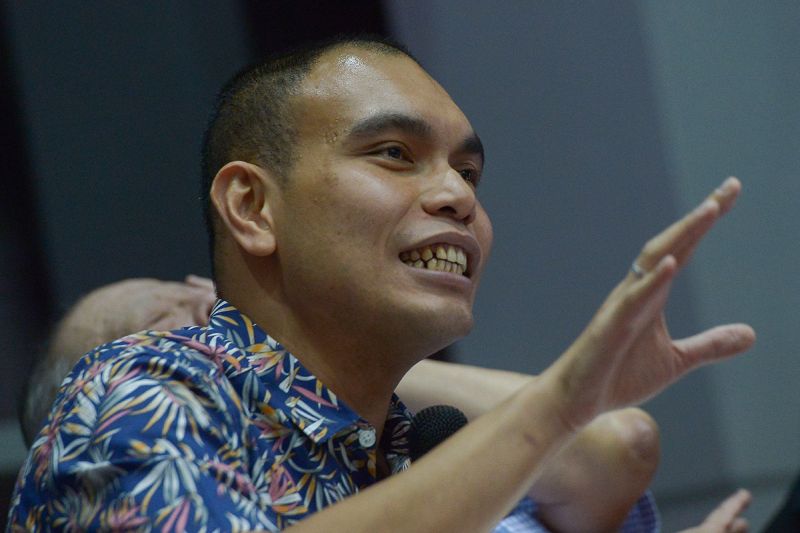 Syahredzan said that Malaysia does not have one single central law specifically dealing with the relationship between landlords and tenants. ― Picture by Mukhriz Hazim

He noted that the National Unity Consultative Council had previously drafted proposed laws including one featuring a mechanism where complaints of discrimination can be brought to a tribunal to be dealt with, but said that this was later shelved due to objections.

Syahredzan also said that Malaysia does not have one single central law specifically dealing with the relationship between landlords and tenants, but has different laws that could be applicable such as for contracts and measures to regain control of a property, noting: “Certainly if we have one legislation to deal with landlords and tenants, we can also look at how to address the issue of discrimination when it comes to renting out properties.”

Syahredzan was speaking in an online “Forum on Racial Discrimination in Rental Properties”.

How are Indians affected and why the discrimination?

During the forum, business analyst Pingalayen Rabinthra Kumar shared the results of his analysis of data from all available property listings on the website ibilik.my in Kuala Lumpur and Selangor on October 19, 2020 totalling 9,956 listings, which he said was inspired by his own experience in facing racial discrimination as an Indian by prospective landlords since moving from Alor Setar, Kedah to Kuala Lumpur after his SPM.

He said he had almost given up on his first job offer in the Klang Valley due to the difficulties in finding a room to rent within a near distance, noting: “These are the kind of decisions that are made when people look at properties, you are literally homeless if don’t find a place to stay.”

While saying he respected the right of landlords to choose their tenants, he called for better judgement from landlords instead of blocking out rental properties to prospective tenants simply due to their ethnicity that they have no control or no choice over.

While acknowledging that other ethnic groups may also face discrimination when searching for rental housing, Pingalayen said his analysis was to highlight discrimination towards Indians in property rentals which was in the past only based on anecdotes.

Based on his analysis of the data on October 19, 45 per cent of the room rental property listings in the Klang Valley already outrightly rejected Indian tenants while only 19 per cent accepted Indians and the remaining 37 per cent which did not list any ethnic preference could still result in rejections even for fixing appointments to view the property.

Besides losing out in terms of chances to find rooms to rent in locations near KL, his data analysis showed that Indian tenants would also tend to pay more compared to other ethnicities for the same type of room or the same location, with Indians on average paying 19 per cent or RM107 more in the Klang Valley when compared to non-Indians.

Indians are rejected upfront for around 45% of all listings in KL & Selangor. The “no preference” listings don’t always mean Indians are welcome as the racial preference stated elsewhere or, from personal experience, agents will inform you of the preference after calling them. pic.twitter.com/14ck4cA0YC

When going through responses in online comments on news site Malaysiakini of those who feel landlords may be justified in discriminating against Indian tenants, he narrowed these down to three main “reasons” or “excuses”, namely hygiene or perceptions of such tenants creating a mess, or being bad paymasters who do not pay rent on time, or being bad tenants who do not take care of the property.

Pingalayen said such stereotypes were an unfair judgement of Indians as a group, pointing out that this community is not homogeneous, but highly diverse in terms of ethnic culture, religion (such as Hindus, Muslims, Christians, Jains, Baha’is), and in rural-urban settings or different work classes or jobs.

He questioned why a few bad experiences or a few “bad apples” among Indian tenants is being used to define an entire race or group of people, later saying: “We are such a diverse group and to paint all of us with a broad stroke is really unfair.”

Instead of discriminating based on race, Pingalayen said the landlords should choose their prospective tenants by looking at their ability to afford the rent, and factors such as whether they would be able to take care of the unit and if they would not be disruptive to neighbours.

Believing that racial stereotypes in Malaysia have been built up over the years, he urged for landlords to show a bit of trust: “I just extend an olive branch, I know this has been here for a long time, I know it’s not your fault that you probably have these stereotypes, it has been conditioned, it’s a community, societal thing, so just extend an olive branch, give us a chance to show you that not all Indian tenants are bad, it’s only a few bad apples that are ruining our reputation.”

A practical, efficient solution that the government can easily do

In the same forum, Bukit Gasing state assemblyman Rajiv Rishyakaran said that he also faced discrimination when shifting from Subang Jaya to Petaling Jaya several years ago and having stayed in three different houses in Petaling Jaya.

In the process of finding properties to rent, Rajiv said his ethnicity kept many doors closed and that he did not disclose his state assemblyman position for a special privilege to make appointments, stating: “In my case, after a while it became easier to have my Chinese female assistant to make those phone calls to ask whether properties were available and whether viewing times can be arranged, that’s how I got my foot into the door.” 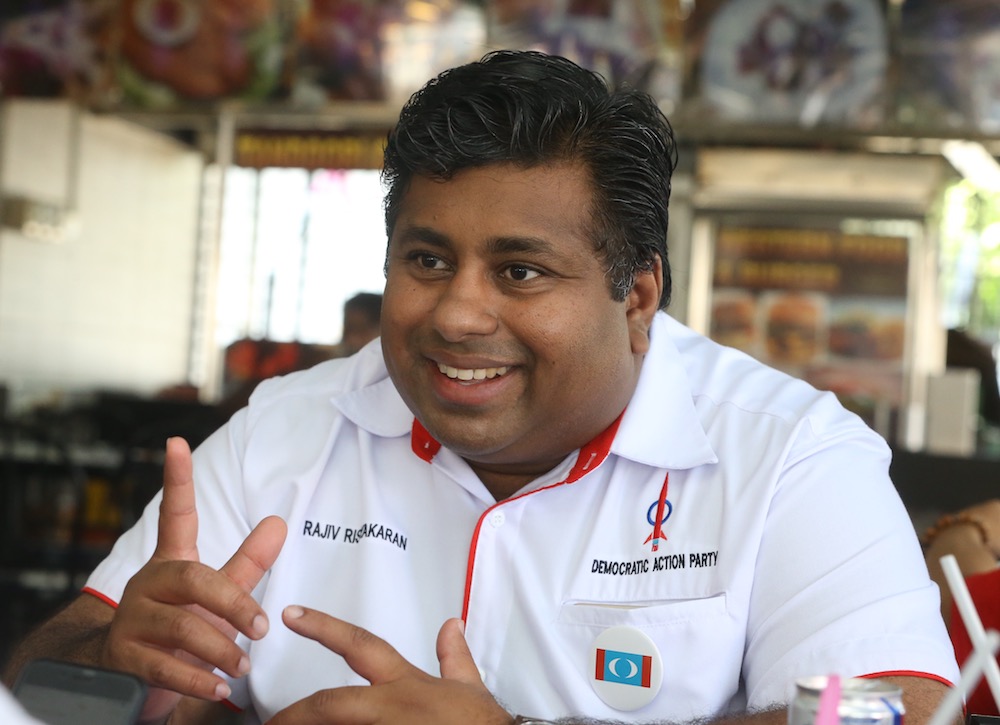 Rajiv said the solution to both tenants frustrated with discrimination and landlords wishing to protect their property rights by choosing tenants would come in two ways, namely the ultimate goal of one day having Parliament enact an anti-discrimination law and a practical measure of introducing a tribunal for landlords and tenants to address the symptoms or root causes of racial discrimination in renting out properties.

“We also see interestingly Indian landlords also don’t want Indian tenants. This goes to highlight it’s beyond racial discrimination, there’s also a practical dimension to it,” he said when saying a tribunal could help cut back on such discrimination.

Rajiv said the current avenue of going to court to enforce actions — against bad tenants such as to evict those who had not paid rent or against bad landlords who fail to return the deposit after a tenant moves out or fails to maintain the property as obliged — is both costly and time-consuming as it could run into months or longer, saying a tribunal would be able to provide a legally-binding decision quickly with cheap filing fees.

He said that a tribunal between landlords and tenants is common in many countries, and that the Housing and Local Government Ministry itself already has experience with tribunals via two existing tribunals — Tribunal for Homebuyer Claims and Strata Management Tribunal.

A tribunal could help deal with the factors that have contributed to landlords’ discrimination in choosing tenants, such as experiences with bad tenants that take advantage of the long process for eviction by not paying rental for months before moving to a new property to repeat the same act.

“Let’s have the few bad apples dealt with by tribunal, let’s have legal recourse to deal with the few bad apples, so the rest of us are not dragged down together, so landlords don’t have to resort to discrimination to protect their assets,” he said, while pointing out that such a tribunal would mutually benefit landlords and tenants.

“It’s not about taking away your right to choose a tenant, it’s about giving you a platform, all the landlords there who are very anxious and angry, such a tribunal is actually helping you, because you may face problems with tenants regardless of race, so embrace the tribunal idea so you can deal with it.

Calling upon the Housing and Local Government Ministry to respond to his idea since last week of a tribunal between landlords and tenants, he said the proposed Residential Tenancy Act which the government is currently drafting should include such a mechanism like the tribunal to quickly resolve issues such as non-paying tenants or breaches of tenancy agreements.

Rajiv confirmed that the ministry has yet to respond to his idea of such a tribunal.

When asked during the forum of an idea to essentially “blacklist” bad tenants by having reports on their track records as a tenant such as existing systems in Malaysia tracking the creditworthiness of individuals, Rajiv said that this could complement having a tribunal idea, but at the same time said this may be more applicable to long-time tenants instead of students or fresh graduates or first-time tenants who should not then be discriminated due to their lack of a track record in renting.

Syahredzan cautioned against having such a blacklist system alone on tenants or landlords to avoid situations such as names being keyed in into the system due to grudges, saying it should keep records of or work in line with a tribunal after a decision has been made.

Syahredzan also said the government’s proposed Residential Tenancy Act would not really solve problems of discrimination and would be a bit redundant if it is just a law to centralise all different aspects related to tenancies without featuring a tribunal.