Three Codiac regional RCMP officials on charges of obstruction of justice have destroyed part of the surveillance video recorded as part of an investigation into drug trafficking, a lawyer alleged in court.

Cpl. Mathieu Potvin, 32, Const. Eric Pichette, 39, and Const. Graham Bourque, 32, faces a single obstruction to justice at a time by destroying evidence during a criminal investigation.

RCMP did not say what the evidence was or what investigation was involved.

Defense attorney Nathan Gorham said in court last week that officials destroyed part of the video as part of an investigation into his client, Jesse Todd Logue.

Logue was charged after the RCMP and other police forces issued five search warrants against alleged drug trafficking in the Moncton, Fredericton and Woodstock areas on August 28, 2019.

Defense attorney Nathan Gorham, shown outside the Moncton courthouse in 2020, alleged the defendants had destroyed part of the video recorded as part of an investigation into his client Jesse Todd Logue. (Shane Magee / CBC)

Gorham was in court Friday when Logue tried to question his segregation in prison while awaiting trial.

During that performance, Gorham informed the court that the three officers charged had destroyed the evidence because they did not like what it said.

CBC News has asked RCMP for comment on the details that Gorham discussed in court.

The three officers were suspended for payment on December 15th and charged on December 28th. You are due to appear in court on March 15th.

The police did not provide details of how the allegations against the three officers emerged or how long the three worked on other investigations.

An RCMP spokesperson would not answer questions about the timeline.

Court documents show that the investigation into the officers was carried out by an RCMP official in Montreal.

An RCMP press release said eight people were arrested in the raids, although Logue is the only person charged.

RCMP later informed CBC that they had not been charged. It wasn’t clear why.

“The investigation is still ongoing, but to date no one has been charged who has been arrested,” said Cpl. Jullie Rogers-Marsh, a spokeswoman for the New Brunswick RCMP, wrote in an email dated June 25, 2020.

Another case the officers were working on and brought to trial this week has now been delayed, in part due to the officer’s alleged actions.

Potvin, one of three officials charged, is listed as media contact in a February 20, 2020 press release about a drug seizure during a traffic obstruction that led to charges against two men.

Lawyer Mathieu Boutet represents one of the two defendants. The trial is due to begin on Monday, with two of the three officials now charged expected to testify.

Boutet said the case had been adjourned so he could get more information about the allegations against the officials.

Robert Rideout, an attorney representing the second man, recently passed away, which also delayed the start of the trial. 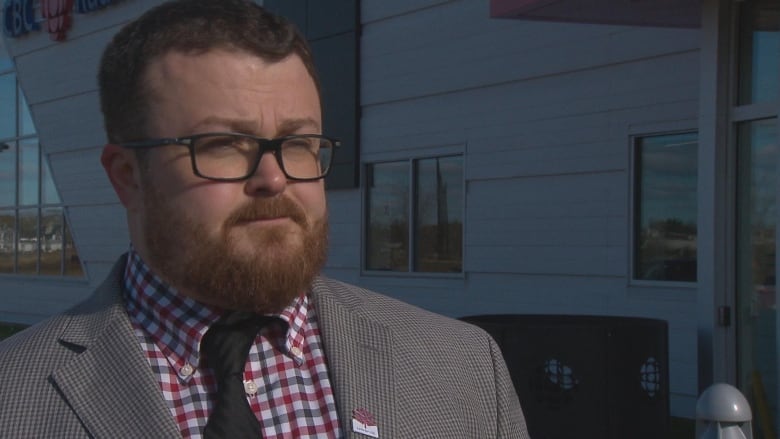 Defense attorney Mathieu Boutet says two of the defendants were due to witness a trial earlier this week that was delayed in part because of allegations against the officers. (Radio Canada)

Boutet said the officers were involved in other cases he was handling but declined to go into the details at this point.

“Everyone is looking at this,” said Boutet.

“Everyone is innocent until proven guilty,” said Charles Léger after the meeting of the Board of Directors of the Codiac Regional Policing Authority on January 14th.

“It’s not something we like to hear, but it has to be ensured that justice is upheld … Such things are troubling, but they are dealt with in the best and most appropriate ways.”