The attorney of an NSW teenager charged with terrorist offenses has requested that he be given psychiatric treatment in custody while awaiting a trial next year.

Tyler Jakovac was arrested yesterday in Albury on the NSW-Victorian border by the NSW Joint Counter Terrorism Team, made up of the Australian Federal Police and the NSW Police Force, after “his online behavior escalated”. 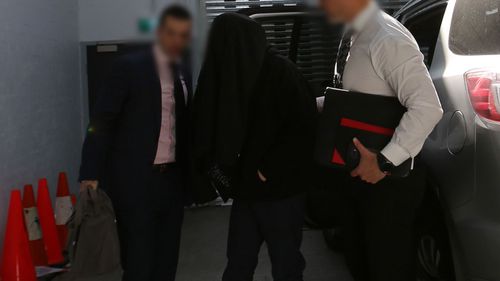 An 18-year-old Albury man is charged with terrorism and is due to be tried in February. (NSW police)

Police said the teenager recently expressed support for a “mass casualty event” and possibly his involvement in an event.

Mr. Jakovac is accused of promoting violence against members or groups and advocating terrorism.

The indictment provides for a maximum sentence of seven years and five years in prison.

Mr. Jakovac is being held in a Corrective Services building in Albury and did not appear in court today.

His lawyer did not request bail today as the case was due to go to Parramatta District Court on February 26.