The prosecution’s application to have 11 of its 37 witnesses in Hasanah’s trial to be heard ‘in-camera’ as it involved national security issues was originally meant to be decided today.

In-camera proceedings are trials where the public and press are not allowed to observe the procedure or process. 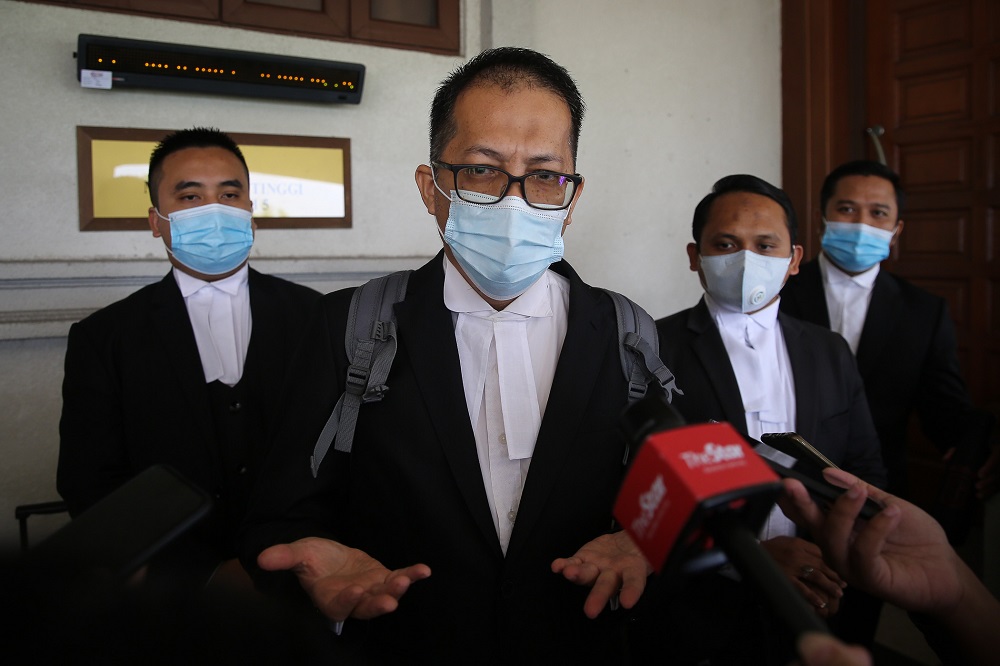 Lawyer Hamdan Hamzah, who is representing Hasanah, argued that it would be prejudicial to his client if the application is allowed, adding that there was no evidence presented by the prosecution in their application suggesting a threat to national security in the testimonies presented by the aforementioned 11 witnesses.

“There is not an iota of evidence as to how national security is threatened or how diplomatic relations with other countries could be jeopardised if this trial is held in open court.

“This blanket ban will be detrimental to the rights of the accused,” he said before High Court Judicial Commissioner Datuk Ahmad Shahrir Mohd Salleh.

He also argued that the defence will be handicapped in preparing their case when the identities, role and testimonies of the 11 witnesses are not openly disclosed prior to the commencement of the trial.

Hamdan explained that it would be difficult to conduct a cross-examination when the defence is not informed of the evidence to be presented in court, adding that it should be left to the court’s discretion to decide whether said given evidence or testimonies constitute a threat to national security.

Another of Hasanah’s lawyers, Datuk Suhaimi Ibrahim also argued that it was not for the prosecution to determine if a trial should be conducted by way of in-camera proceedings according to Section 15(1) of the Courts of Judicature Act.

“The prosecution’s sweeping statement on the grounds of national security concerns is insufficient for the court to decide on,” he added.

Meanwhile, deputy public prosecutor Muhamad Iskandar Ahmad had argued that the testimonies of the 11 witnesses will negatively impact the country due to their nature of employment in the ‘highly covert agency’ within the Prime Minister’s Office.

He also cited Section 15(1) of the Court of Judicature Act which allowed for the court to decide for an in-camera proceeding if such matters were expedient in the interests of justice, public safety, public security or propriety, or for other sufficient reason to do so.

“The role, structural organisation and duties of the covert intelligence organisation will be exposed to the public and this will jeopardise the entire internal workings of the state,” he said.

Muhamad Iskandar also said should the witnesses be ordered to testify in public, their identities will be disclosed and subsequently invite possible threats to their lives.

“Any form of information disclosure will have its implications and that is why there is a necessity for these 11 witnesses to be heard through in-camera proceedings,” he added.

Ahmad Shahrir said he would decide on the prosecution’s application tomorrow.

On October 25, 2018, Hasanah pleaded not guilty in the Sessions Court to a CBT charge involving RM50.4 million belonging to the Malaysian government.

Hasanah, in her capacity as a civil servant, is alleged to have committed the offence at the office of the director-general, Research Division, Prime Minister’s Department Complex, Federal Government Administrative Centre in Putrajaya between April 30 and May 9, 2018.

She was charged under Section 409 of the Penal Code, which carries a maximum jail term of 20 years and whipping and fine, upon conviction.