Justin Clark is the Trump campaign lawyer who got his first taste of politics as part of Al Gore’s 2000 Democratic presidential campaign, when the Supreme Court settled a fight over counting ballots. 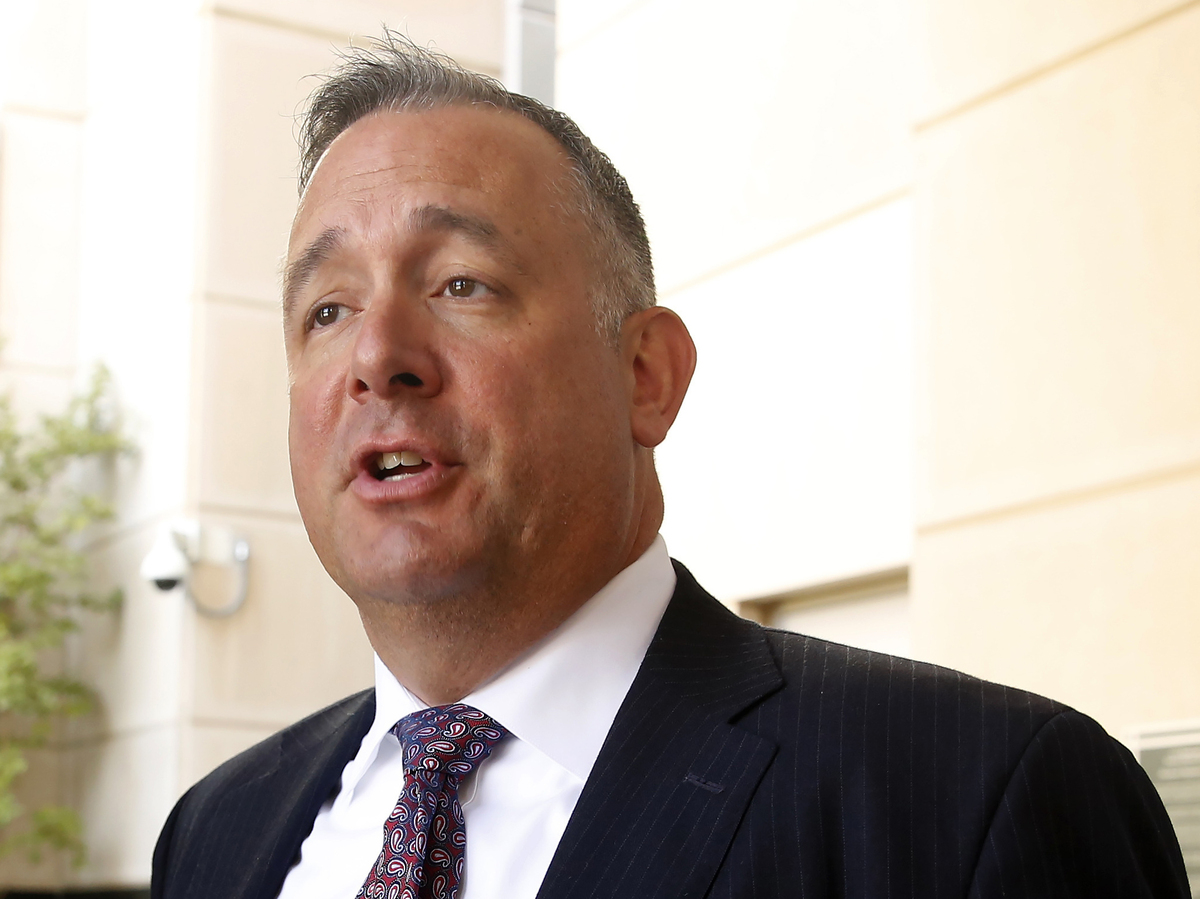 Justin Clark is the Trump campaign lawyer who got his first taste of politics as part of Al Gore’s 2000 Democratic presidential campaign, when the Supreme Court settled a fight over counting ballots.

Justin Clark’s path to the top of the Trump campaign started in an unlikely place: 20 years ago, between college and law school, Clark did accounting work for Democrat Al Gore’s presidential campaign.

Republican candidate George W. Bush ended up winning that election, after legal battles over the recount in Florida went all the way to the U.S. Supreme Court.

Clark’s work on the Gore campaign seems to have fallen off his résumé. But his work then and since has armed the Trump campaign’s deputy campaign manager and senior counsel for a year when legal battles are being waged over voting rules in more than a dozen states — and when the president himself has speculated that the election results could end up in the courts.

Clark, who declined comment for this story, grew up a moderate Democrat in Connecticut. After the Gore campaign, he went to law school and, in 2006, applied for a clerkship with Peter Zarella, then a justice on the Connecticut Supreme Court.

“When he came to me, he was in this thoughtful period, this transition period in the political sense,” Zarella recalled in an interview.

Zarella liked that Clark was able to look at things from all sides. But there was something else. He says Clark is probably the most affable person he has met.

“That affability really hides, or hid at the time, his intensity and his hard work and his thoroughness,” Zarella said.

Clark spent time in private legal practice and volunteering in local Republican politics, then started working on campaigns, with that same intensity and thoroughness that Zarella remembered. Those who have worked with him say Clark is a political tactician who immerses himself in the details.

Clark managed the 2010 and 2014 gubernatorial races for Republican Tom Foley in Connecticut.

“He has a system that I don’t think he shares with anybody but himself, but in both of my campaigns, he got the delegate count at the convention within three or four delegates, and that’s not that easy to do,” Foley said.

Foley lost both races in the blue state, and he said Clark took it hard — though he doesn’t blame Clark. “I didn’t win the election, but I think we had an emotional victory because we came so close,” Foley said.

In 2016, Clark played a role in lining up delegates for Donald Trump at the Republican National Convention, staving off rumblings about a possible contested convention. After the election, he was involved in the recounts.

And in 2020, Clark’s work on state party rules meant there was nowhere for those who wanted to challenge Trump to get a foothold.

“The process is different in every state. There’s a lot of rules to keep them all straight. You need a good lawyer who understands that. But then you also need someone who’s actually kind of done it,” said Mike DuHaime, who has known Clark for a decade, working on multiple Republican campaigns with him.

Clark has mostly flown under the radar. But late last year, a speech he gave to a group of Republican lawyers in Wisconsin was caught on tape and distributed by a liberal opposition research group. In the speech, he praised the state’s voter ID laws, which voting rights advocates and Democrats say suppress the vote, especially of people of color. Clark also outlined a major difference in how Republicans are approaching Election Day in 2020, after a consent decree was lifted that had prevented the Republican Party from doing poll watching and other Election Day operations. The Trump campaign and the Republican National Committee now plan to have an army of volunteers and lawyers on hand in key precincts.

It sounded like he was saying Republicans work to suppress the vote, but Clark and the campaign have insisted that his remarks were misunderstood and that he was just talking about false allegations leveled against the Republican Party.

Regardless, as Clark said, Republicans are going on legal offense this year when it comes to Election Day operations and beyond.

Orlando ‘anti-riot’ lawsuit lawyer was listed as ineligible to practice, but Bar changed it to member in good standing – Orlando Sentinel

Skepticism and the shadow of Chevron in Sanchez v. Mayorkas argument