The doctor accused of being patient zero in a northern New Brunswick COVID-19 outbreak after he travelled to neighbouring Quebec in May and didn’t self-isolate upon his return has been notified he won’t face criminal charges, his lawyer said.

Dr. Jean Robert Ngola’s defence team is now “seeking answers as to why proper procedures were not followed, why (he) was singled out and why privacy laws were breached,” said a statement issued by EME Professional Corporation, the Toronto-based law firm representing him.

Ngola, who is from Congo but has had a practice in Campbellton, N.B., for about seven years, is also still seeking an apology from New Brunswick Premier Blaine Higgs for what his lawyer calls “unacceptable and unfounded public accusations” and for the “extreme racism and threats of violence that he and his family have had to endure.”

“We firmly believe the premier should publicly apologize for the condemnation he hurled against Dr. Ngola without taking, in our opinion, satisfactory steps to learn the truth in the matter,” Etienne said in the statement.

The absence of criminal charges does not preclude the possibility of charges being laid under the New Brunswick Emergency Measures Act.

A spokesperson for the New Brunswick RCMP said the investigation is ongoing.

During a news conference late Wednesday afternoon, Higgs told reporters he stands by the comments he made on May 27.

Higgs never publicly named Ngola but blamed a cluster of COVID-19 cases in the Campbellton region and a resurgence of the coronavirus in the province on an “irresponsible” medical professional who travelled to Quebec for personal reasons, “was not forthcoming about their reasons for travel upon returning to New Brunswick” and didn’t self-isolate.

“If you ignore the rules, you put your family, your friends and your fellow New Brunswickers at risk,” Higgs had said. “Today’s case is evidence of that.”

“My position hasn’t changed,” Higgs said Wednesday. “The comments I made previously, I stand behind those comments. I don’t intend to withdraw them.”

New Brunswick Premier Blaine Higgs said Wednesday he stands by comments he made in late May in which he blamed a cluster of COVID-19 cases in the Cambellton region on an ‘irresponsible’ medical professional who travelled to Quebec.’ (Ed Hunter/CBC)

Ngola drove to Quebec the week of May 10 to retrieve his four-year-old daughter because her mother had to travel to Africa for a funeral. He immediately returned to work at the Campbellton Regional Hospital without self-isolating for 14 days.

He and his daughter were both tested for COVID-19 on May 25 after he was informed one of his patients had tested positive for the respiratory disease. Although neither of them were exhibiting symptoms, their results came back positive.

A total of 41 people in the Campbellton region became infected with COVID-19 during the outbreak that began May 21, and two of them, who were in their 80s, died. As of Wednesday, there is only one active case remaining in the province and it’s linked to that outbreak.

Etienne said his client was questioned by the RCMP to determine whether he should be charged with negligence causing death or bodily harm.

But the lawyer said he received confirmation a few days ago that no criminal charges will be laid.

No timeline on investigation

Cpl. Jullie Rogers-Marsh, spokesperson for the New Brunswick RCMP, said she is not aware if the RCMP had a conversation with any lawyer.

“However, we would not discuss any private conversations we have had anyway,” she said in an emailed statement.

“The investigation is still ongoing, that has not changed. I cannot speculate on the status of any charges as we are still investigating.”

On May 30, the New Brunswick RCMP received a complaint from the provincial government and the Vitalité Health Network regarding an individual who “may have violated the mandatory order under the current Emergency Measures Act by travelling outside of N.B., and not following the guidelines of self-isolating upon their return,” Rogers-Marsh said.

The RCMP are continuing to investigate to “determine if a violation has occurred.”

Rogers-Marsh declined to discuss the details of the investigation.

There is no timeline on how long the investigation will take, she said.

Ngola, who is also known as Ngola Monzinga and as Jean Robert Ngola Monzinga, declined to comment on Wednesday, directing media inquiries to his lawyer.

“Unfortunately, we cannot add any more comments as this is a confidential file in human resources’ hands,” he said.

Ngola was suspended on May 28, the day after provincial officials announced his case without naming him.

He has about 2,000 patients and also works at the Campbellton Regional Hospital’s emergency department. He cannot practise anywhere in the province while suspended. 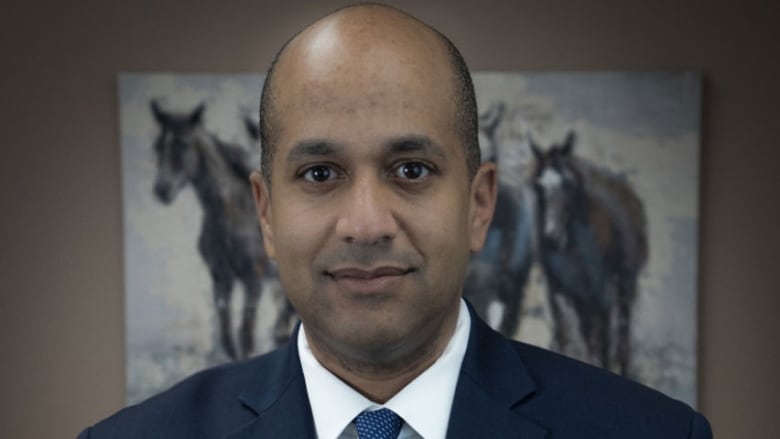 Ngola’s lawyer, who wrote a letter to the premier last month saying he had proof his client was not patient zero and seeking a public apology, has written him another letter.

“For us, it is a truth that he has always been innocent and that is why we ask the premier of the province once again to apologize,” Etienne said.

The defence team contends the province should have, “at a minimum,” initiated an investigation “before immediately blaming Dr. Ngola.”

The investigation, it contends, should have included:

Defence hired its own investigators

Private investigators for Ngola concluded last month that he “could not have been the first patient” and that his trip to Quebec was not the source, his lawyer said.

During Ngola’s overnight round trip, he interacted with only a few people — all of whom subsequently tested negative for COVID-19, Etienne said.

Based on the coronavirus incubation period of up to two weeks, Etienne said, the investigator concluded Ngola was infected in New Brunswick by either a patient or a colleague and did not carry the virus over the border.

The premier said at the time he’s bound by privacy rules and limited in what he could say.

“But I am quite comfortable in the position that I’ve taken, how I’ve spoken about it and the reality of how this situation developed,” he said.

“And if the facts are all on the table, I am sure that others will be clear as well.”

Asked Wednesday what the government is doing to look into the defence’s allegations of a privacy breach, Higgs replied, “Well, I appreciate that’s been the accusation.

“I don’t believe that certainly that I did that. I was concerned about the protocols being followed. I think that Vitalité (has) done a lot of research in that regard. We’ve had lessons learned from that experience in Campbellton.”

Public Health officials did not respond Wednesday to a request for comment.

At the time of Ngola’s trip, health-care workers who live and work in New Brunswick were required to self-isolate for 14 days upon return from travel outside the province, officials have said.

There were exceptions, however. Doctors and nurses who work in New Brunswick but live across the border and commute regularly don’t have to isolate, for example.

Out-of-province doctors who fill in on a temporary basis, known as locums, had not been required by Vitalité to fully isolate. But the province’s pandemic task force became concerned about the number of locums coming in and issued a directive on May 19 requiring the regional health authorities to seek isolation exemptions for their locums through WorkSafeNB.

Before the Campbellton outbreak, New Brunswick had managed to flatten the COVID-19 curve, going more than two weeks without any new cases.

A Easy Manner for Republicans to Maintain Impeachment from Exacerbating Battle and Disunity –...