By the time Mohamedou Ould Salahi By the time he was transferred from his home in Mauritania to Guantánamo Bay Detention Center in Cuba in 2002, he had already seen a series of tough interrogations in Jordan and Afghanistan. Now he was in the hands of Americans who he believed could improve his experience, but he quickly found he was wrong. In Guantánamo, Salahi was tortured and detained without charge for 14 years. His story, first published in his Guantánamo Diary in 2015, is the subject of a new Hollywood film, The Mauretanian.

In the second of two episodes about his story, Salahi’s lawyer, Nancy Hollander tells Anushka Asthana how she came to represent the man who was once Guantánamo’s most precious prisoner. And Salahi’s friend and former prison guard Steve Woodwonders what it will take to shut down his previous job for good. Wood’s friendship with Salahi is the subject of a new Bafta-listed Guardian documentary, My Brother’s Keeper. 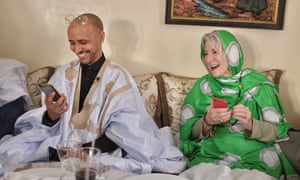 The Guardian is editorially independent. And we want to keep our journalism open and accessible to everyone. But we increasingly need our readers to finance our work.