Lawyers have confirmed that more than 50 new appeals against convictions related to the Post Horizon scandal have been filed on behalf of former sub postmasters. 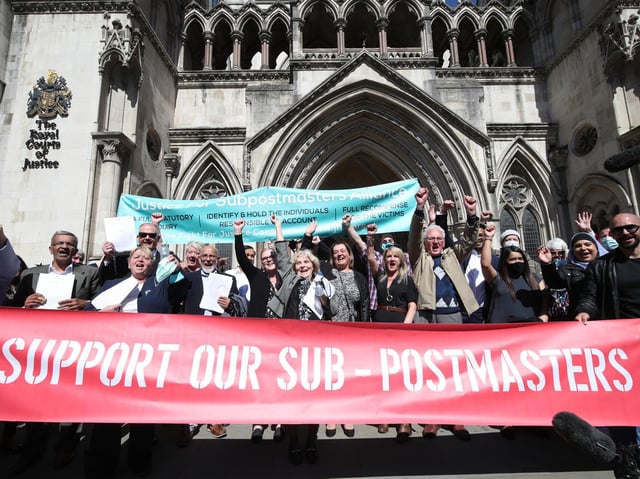 Former postal workers celebrating outside the Royal Courts of Justice in London after their convictions were overturned by the Court of Appeal.

What follows is a landmark day at the Court of Appeal in London last Friday, when 39 subpostmasters, convicted and even jailed based on data from the faulty Horizon accounting system, had their names deleted.

The i newsletter Cut through the noise

Of the 51 cases he is currently on, 38 cases pertain to individuals who were convicted in the Crown Court and filed directly with the Court of Appeal last week.

Another 13 related to local court convictions are already with the Criminal Cases Review Commission.

Mr Hudgell said the most recent cases have included “even more heartbreaking stories of lives that have been unjustly destroyed”.

He said: “After Friday’s events and widespread media coverage, the general public is now becoming much more aware of the depth and significance of this scandal and the total destruction of life.

“The sub postmasters have great support in finding answers and redress for what happened to them, and the government must be seen to deliver on both counts.”

Ms. Vennells, who has been appointed to the Post Office and Charitable Service CBE, is an Associate Minister in Bromham, Oakley and Stagsden, Bedfordshire.

In brief updates to the London Stock Exchange, the firms said it would leave the roles, including responsibility for setting executive compensation and maintaining corporate responsibility.

Ms. Vennells apologized on Sunday when she announced that she would be stepping down from her regular church duties.

She said she really regretted the plight of the 39 sub-postmasters, adding, “It is evident that my involvement in the Post has become a distraction from the good work in the Diocese of St. Albans and Parishes of I Service.

“I have therefore resigned from the regular parish office with immediate effect and I intend to concentrate fully on the ongoing government investigation to ensure that the affected sub-postmasters and the general public receive the answers they deserve.”

The Bishop of St. Albans said it was “right” for Ms. Vennells to “step down from public service” following the verdict, adding: “As the son of a former sub-postmaster, I express my distress over the judiciary’s mistake, which so many are Sub postmasters have suffered ”.

Mr Hudgell reiterated his request for a public inquiry to ensure that postal administrators are fully questioned and held accountable under the rules of evidence.

He said, “I am sure that many of my clients will greet Ms. Vennells, who has moved away from these positions today, but as they are leaving the post office with rewards of hundreds of thousands of pounds just a few months before the courts fully uncover this scandal I have I am sure you will share my view that it shouldn’t have taken her so long to do this. “